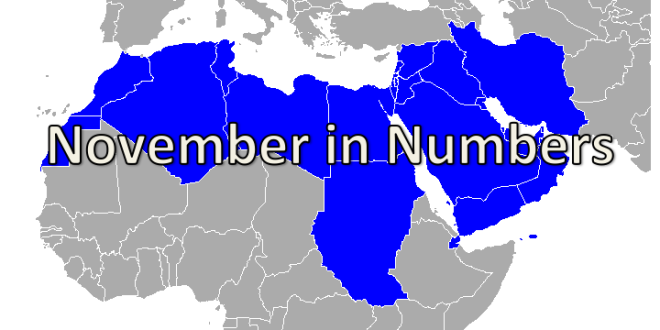 A 7-month extension for nuclear talks between the P5+1 and Iran was announced in late November after the two sides failed to reach an agreement in Vienna. The parties now have until the end of June 2015 to reach a deal.

84 percent of American Jews polled by J-Street said they would favor a nuclear deal with Iran that would remove sanctions in exchange for Tehran permitting inspections of its nuclear facilities and agreeing to limit its nuclear program to civilian purposes. 0 Arab states have ambassadors in Israel after Jordan recalled its ambassador to the country in early November following increased violence at Jerusalem’s al-Aqsa mosque. King Abdullah II of Jordan has custodianship over al-Aqsa.

By a 265-79 vote, members of the Middle East Studies Association (MESA) approved a resolution that “affirms calls for institutional boycott, divestment, and/or sanctions [against Israel] are protected free speech and legitimate forms of non-violent political action.”

More than 1,000 protesters took to the streets of Cairo on Nov. 29 to protest the acquittal of former President Hosni Mubarak in the deaths of protesters in 2011. Mubarak and his two sons were also acquitted of corruption charges.

8 men accused of attending a gay marriage ceremony on the Nile were sentenced to three years in prison by an Egyptian court in early November. The court ruled the defendants endangered public morality. Egypt’s gay community has been the target of several police raids in recent months. 2 candidates in Tunisia—Beji Caid Sebsi of the Nidaa Tounes party (which won a plurality of seats in October’s parliamentary elections) and interim President Moncef Marzouki—were the top vote recipients in Tunisia’s Nov. 22 presidential election. A run-off election will take place on Dec. 28. 52.6 percent of voters turned out for Bahrain’s Nov. 29 parliamentary elections, according to government statistics. The Shi’i opposition, which boycotted the election, claims that turnout was closer to 30 percent. Sunnis won 27 of the 40 parliamentary seats. 3 countries—Saudi Arabia, Bahrain and the UAE—agreed to return their ambassadors to Qatar on Nov. 16, signaling a thaw in intra-GCC relations. The three countries had withdrawn their ambassadors from Doha in March over concerns about Qatar’s support for Islamist groups such as Egypt’s Muslim Brotherhood. 83 groups—including the U.S.-based Council on American-Islamic Relations (CAIR) and the Muslim American Society—were declared terrorist organizations by the United Arab Emirates. The UAE claims these groups are associated with the Muslim Brotherhood, which Abu Dhabi classifies as a terrorist organization. The U.S. State Department has asked the UAE to reconsider its decision regarding the two peaceful American groups. 3 U.S. drone strikes—two in Pakistan and one in Yemen—were carried out against alleged militants, according to the New America Foundation. Between 22 and 32 people were killed in the strikes. 7 prisoners were transferred out of the U.S. Guantanamo Bay detention center after they were accepted by Kuwait, Saudi Arabia, Georgia and Slovakia. 142 individuals remain at the facility which President Barack Obama promised to close in January 2009, his first month in office. 1,468 civilians were killed in November as a result of violence in Iraq, according to Iraq Body Count.