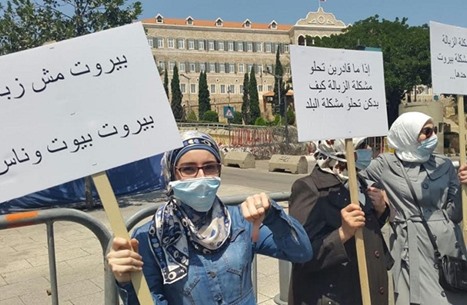 protest in Lebanon after the garbage collection crisis

Kuwait Advised it Citizens not to Travel to Lebanon

On Thursday The Kuwaiti embassy in Lebanon advised its citizens not to travel to Lebanon, urging the ones already in the country to be “extremely cautious” in their movements.

The Kuwaiti Embassy advised Kuwaitis to avoid what it described as “suspicious locations,” asking them to “communicate and coordinate with the embassy when needed, in order to preserve their security and safety.”

Lebanon plunged into a political crisis after  it president Michel Suleiman’s term ended  last year   without the election of a new successor.

Lately, it witnessed many angry road-blocking protests over an unprecedented garbage collection crisis which erupted after the closure of the Naameh landfill on mid July.

The crisis has seen streets full of waste and the air filled with the smell of garbage for around two weeks.