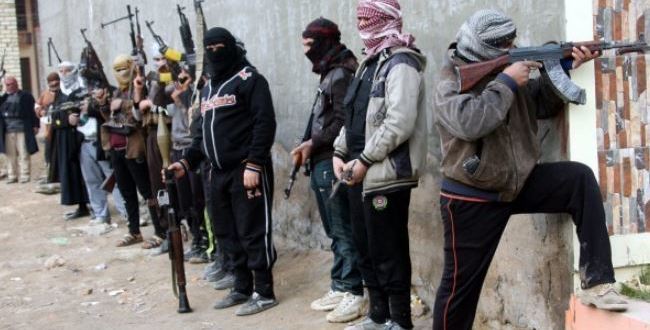 Jordan: Five imprisoned for supporting IS

On Monday, a Jordanian court sentenced five people to prison for being members of extremist group Islamic State (IS) and promoting the group on the internet. Two more trials of suspected extremist supporters, including a man who is accused of working as a cook for the al-Nusra Front, were also set in motion as part of a crackdown on militants and militant groups.

The five men were handed imprisonment sentences ranging from three to five years after they were found guilty of “promoting… terrorist organizations”, referring to IS, and of being members of such groups, the court said.
One of the people on trial, Ahmad Abu Ghalluss, was given three extra months in prison in addition to his five-year jail sentence for criticizing US President Barack Obama’s war on terror.

“I am with IS and you, enemies of God, are with Obama”, Ghalluss screamed in the courtroom after his ruling was delivered.

Jordan is one of the five Arab nations supporting the US-led air strikes against the extremists in Iraq and Syria. Since the campaign began in September, Jordan has reportedly arrested over 130 extremist sympathizers.

Lawyer Mussa Abdalat, who represents several of the suspects in the trials, said that most of them being imprisoned are members of Salafist groups that adhere to a strict interpretation of Sunni Islam. Jordan, which shares international borders with Syria and Iraq where IS has declared a “caliphate” on territory it controls, has struggled for years with home-grown extremism.

The trial on Monday began over a man who reportedly left Jordan “illegally” in July 2013 to join Al-Nusra Front, al-Qaeda’s Syrian affiliate.

The suspect, 31-year-old Hammam Badr, told the presiding judge that he was tasked with “cooking for Nusra fighters” but decided to quit his job and return home after ten days “because I did not like the conditions there”. Another suspect accused of pledging his allegiance to IS leader Abu Bakr al-Baghdad on his Facebook page was also in court.