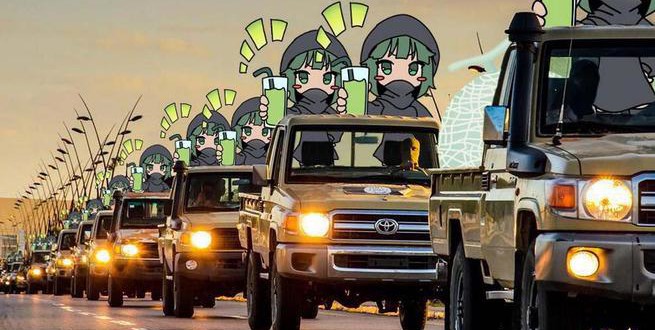 Japanese manga girl “ISIS-chan” is appearing all over social media, and she has a mission  to stop ISIS (Islamic state group), and to gather as many melons as she can.

ISIS-chan wears the terrorist group’s black clothing. She has green eyes and dark hair. She’s 19. And if she’s holding a knife, it’s only because she loves to slice and eat delicious melons.

The Japanese Twitter account ISIS-chan (@isisvipper) was created by (hacktivist group Anonymous)  to disrupt ISIS propaganda online using popular hashtags,  so people searching for information about IS might  instead find cartoons of an adorable girl .

The account   has an ability for taking a serious situation and finding ways to direct its humour at ISIS, for example it  makes  fun of  IS by  a picture where they are using head shaped melons, while  the anime girl chases after them with evil eyes.   .