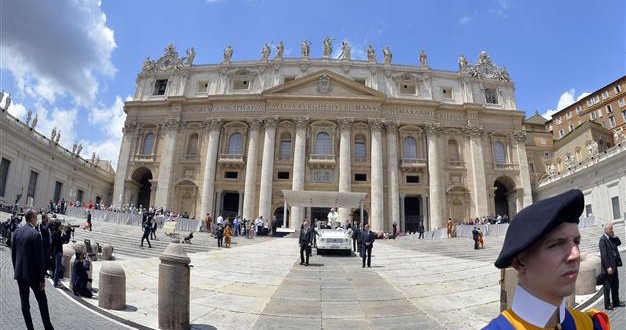 Palestinian President Mahmoud Abbas and Israeli President Shimon Peres will plant an olive tree symbolizing peace after their unparalleled meeting with the Pope on Sunday in the Vatican Gardens, amidst high tensions between Palestinians and Israelis.

The Vatican on Friday said that it hoped the initiative launched by Pope Francis, which will include Muslim, Jewish and Christian music and prayers, would have a positive impact on public opinion. It however, stressed that the event will be purely spiritual in nature.

Mahmoud Abbas and Shimon Peres are set to arrive separately and be greeted by the Pope at his Vatican St Martha Residence. They will also be met by the Ecumenical Patriarch of Constantinople Bartholomew I, an Orthodox Christian spiritual leader who is close to the Pope. The ceremony is scheduled to begin at 1700 hours GMT, the Vatican said, stating that the prayers will be delivered in chronological order of founding of the world’s three largest monotheistic religions – Judaism, Christianity and Islam. The prayers from the three delegations will concentrate on three themes – “creation”, “invocation for forgiveness” and “invocation for peace”, it said.

Tensions between Palestinians and Israelis have flared up recently due to the formation of the Palestinian unity government and Israel’s retaliatory plans to build 1,500 new settlement homes in occupied Jewish settlements in the West Bank and in East Jerusalem.

Father Pierbattista Pizzaballa, who is the leader of the Franciscan order in the Middle East and is organizing the event, said, “This is a pause from politics”.

“The pope wanted to look beyond, upwards. Nobody is fooling themselves that peace will break out in the Holy Land, that this will bring peace closer. But this time to stop and breathe has been absent for some time. This will not be an inter-religious prayer. We are not holding a joint prayer, we are meeting to pray,” he added.