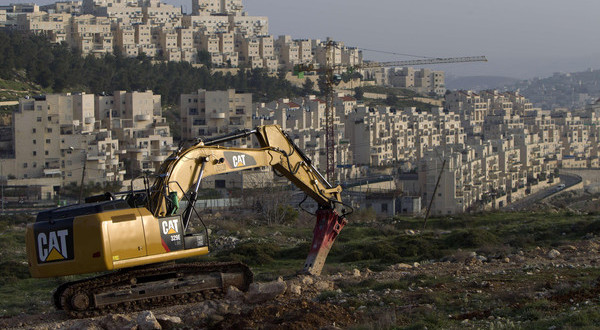 Israel on Monday approved their plans to build at least 50 new settler units in the district of East al-Quds in occupied Jerusalem despite international outrage over Israel’s settlement activities. The Israeli regime has said that at least 50 settler units are set to be built in the Har Homa settlement.
Yosef Pepe Alalu, city councilor of Jerusalem, said on Monday that “The municipality has given the green light to build 50 new housing units in five buildings in Har Homa”. No further details about the planned construction have been released so far.

All Israeli settlements in Jerusalem are under international law considered to be illegal. Despite international pressure and calls to stop their projects, the Israeli government is expanding its settlement projects in occupied Palestinian territories. These settlement projects are also a major obstacle for the “peace talks” which were held between the Palestinian Authority and Israel. The talks between the two parties, which were brokered by the US, have broken down many times in the recent years after Israel refused to stop its settlement activities in occupied West Bank.

Over half a million Israelis currently live in more than 120 illegal settlements that have been built since Israel occupied the Palestinian territories of East al-Quds and West Bank in 1967. Most of the international community, including the United Nations, considers the Israeli settlements to be illegal since the territories were seized by Israel during a war in 1967 – Israel is a party to the Geneva Conventions and is forbidden from construction on occupied territories.