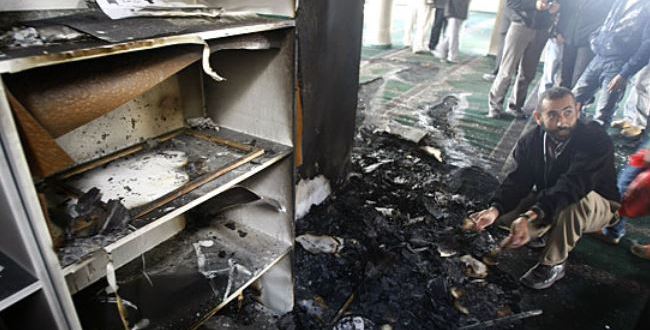 Israel on Wednesday approved new settlement blocs in east Jerusalem despite mounting unrest over the issue, as US Secretary of State John Kerry gets ready to meet with Palestinian leaders over tensions in the occupied territory.

The construction of the new settlement were announced only hours after Jewish extremists torched a mosque in West Bank, in a development that will possibly further inflame tempers in the already tense atmosphere – months of unrest has escalated in the past few days, and spread to West Bank and to Arab towns in Israel.

An Israeli committee has approved plans for 200 homes in the east Jerusalem neighborhood of Ramot, despite the tense situation surrounding the issue.

“It is a decision which is going to cause great harm”, city councilor Yosef Pepe Alalu said.

Middle East Quartet envoy Tony Blair has called on Palestinian and Israeli leaders to appeal for restraint and “an end to hostile and provocative acts”, including construction of settlements.

“In the present circumstances, such building can only have the impact of further inflaming an already tense situation”, he said.

UN chief General Ban Ki-moon also urged both sides to do everything they can “to avoid further exacerbating an already tense environment”.

A mosque in a village between Nablus and Ramallah in West Bank was torched in the early hours of Wednesday; Palestinian security officials have said that the arson attack was the work of Jewish extremists.

“When we got there, we couldn’t even get close because the fire was raging so strongly. By the time the civil defense (firefighters) got there, the ground floor was completely burnt out”, village council head Faraj Nassan said.

Two years earlier, a mosque in the same village was also the target of an arson attack. Wednesday’s arson attack will not help ease tensions among Palestinians who are already enraged over Tuesday’s killing of a 22-year-old at the hands of Israeli soldiers.