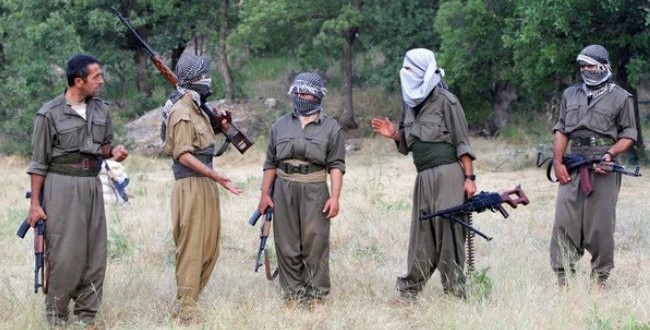 Kurdish fighters from Turkey, Syria and Iraq joined forces in Northern Iraq on Wednesday in a bid to reclaim territories lost to extremist forces and rescue several thousands of helpless civilians who have no access to water or food in nearby mountainous terrain. The civilians, most of them from the Yazidi minority, escaped to the Sinjar Mountains during the weekend after they were attacked by extremists from the Islamic State (IS).

In several raids to the north and west of Mosul in the past few days, IS insurgents seized the towns of Zumar and Sinjar, and further secured the international border with Syria by capturing Rabia, bagging several oilfields.

Hallo Penjweny, senior official from the Patriotic Union of Kurdistan (PUK) party in Iraq said that Kurdish fighters from the Peshmerga, the Syria-based PYD and the Turkish-based PKK have agreed to share responsibility for the current counter-offensive.

“The fighters of West Kurdistan and the PKK are responsible for confronting Daash (IS’s former Arabic acronym) in Rabia and the Sinjar area.On our side, we are taking care of Zumar and the rest of the area north and east of Mosul”, he said.

The Syrian Democratic Union Party (PYD) claims that it has retaken Rabia, but it is not clear on the progress made in Sinjar.

PUK official Harem Kamal Agha warned that it might take some time for the civilians to be rescued.

“The PKK is working to open a safe passage for the displaced; it is not easy and it will require days”, he said.
According to Iraqi government officials, over 77 tons of water and food have been airdropped since Tuesday.

The Peshemerga is considered the most adept military force in the country, but the regional government has been struggling for cash and have struggled to hold on to territory they seized when Iraqi federal soldiers abandoned their posts in the face of the IS onslaught  almost two months ago.