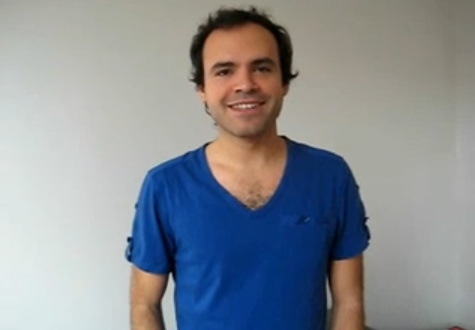 Local Iranian media on Thursday reported that an Iranian-Canadian journalist, Hossein Derakhshan, dubbed “the blogfather” was freed from prison after being handed a 19 year jail term for traveling to Israel.

Derakhshan was arrested in November 2008 after his visit to Israel, Iran’s arch-foe, using his Canadian passport, on what he called a trip to breed understanding between Israelis and Iranians. He was put on trial in 2010 and was convicted of collaborating “with enemy states”; the court had also found him guilty of “propaganda against the Islamic system” and of “promoting counter-revolutionary cells and insulting Islamic sanctities”.

His conviction had prompted an international uproar, with media watchdog Reporters Without Borders labeling the charges against him “completely made up” and accusing Iran of trying to make “an example” out of the blogger.

Mehr news agency reported that Derakhshan posted a message on social media saying that he returned to Evin prison on Tuesday after being released on bail for a fortnight. He was reportedly held in solitary confinement for 24 hours after which he was informed that he had been pardoned by Iranian supreme leader Ayatollah Ali Khamenei in a decree, Mehr reported.

39-year-old Derakhshan, who has now spent six years in jail, was dubbed the Iranian “blogfather” after he had posted specific instructions in 2001 on how to create Persian-language blogs. His release comes amid nuclear talks between Iran and world powers over its nuclear program ahead of the November 24th deadline to finish the deal.

Several opposition and civil society figures who had been put in after protesting the re-election of President Mahmoud Ahmadinejad in 2009 have been released in the past few months as a goodwill gesture by his successor, the much more moderate Hassan Rouhani. Eminent human rights lawyer Nasrin Sotoudeh was released from prison in in September 2013 just before the then newly-elected Rouhani left for the UN General Assembly.