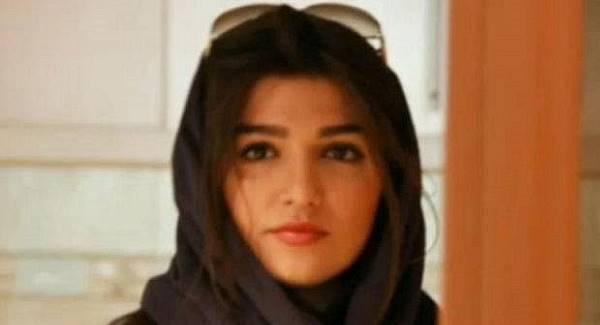 British-Iranian woman Ghoncheh Ghavami imprisoned in Tehran after she tried to attend a men’s volleyball game has gone on a hunger strike after being in custody for one hundred days, her mother said.

Ghavami was arrested on June 20th near the Azadi stadium in Tehran, where the men’s national volleyball team was about to play Italy in a World League game – she was then released within hours but was rearrested after a few days. Iranian officials had said that she was detained for security reasons unrelated to the game, but no charges were officially named.

The 25-year-old law graduate has gone on hunger strike, her mother said in a post on Facebook on Sunday, outlining fears for her daughter’s health.

“Yesterday, I finally saw my Ghoncheh. She said she’s been on a hunger strike since Wednesday. God, I can’t breathe. She said that she’s fed up with this 100 day uncertainty… I will not touch food either until the day that my Ghoncheh will break her hunger strike”, Susan Moshtaghian wrote.

Ghoncheh’s relatives have been campaigning for her release and have raised the case at the British Foreign and Commonwealth Office. On Facebook, the “Free Ghonche Ghavami” page features photos of her with the slogan “Jailed for wanting to watch a volleyball match”.

“It’s been a while that she has no more interrogations but her detention has not ended. God, you’ve been my witness, I have remained silent for 82 days so that my innocent daughter returns home. She hasn’t returned and now her life and health is in danger. I will no longer sit silently. God end this nightmare; give me strength to save the piece (sic) of my heart”, Moshtaghian wrote.

On Sunday, Moshtaghian said that there were attempts to dismiss Ghoncheh’s lawyer, Alizadeh Tabatabaie, and to make her accept new charges.