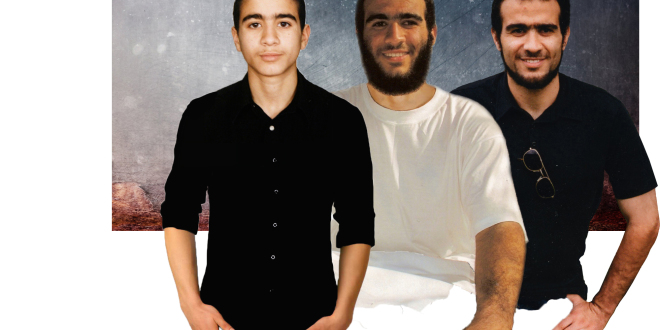 International Human Rights Day: a Reminder to Canadians that Omar Khadr is Still in Jail

December 10th is International Human Rights Day. The UN General Assembly proclaimed that date to focus attention on the Universal Declaration of Human Rights as the common standard for all peoples and all nations.

While Canadians like to believe that our country is a positive model for the rest of the world, the continued incarceration of Omar Khadr is a shocking reminder of our government’s callous disregard for fundamental human rights. The words of Constance Backhouse, Distinguished Professor of Law, University of Ottawa, reveal the significance of our neglect and inability to uphold values we supposedly cherish: “Some cases enshrine the defining moments of their time. Omar Khadr’s is one. Future generations will rightly judge our shocking derelictions of responsibility in this matter [and] our collective Canadian failure to extend justice and humanity.”

In 2002 when Omar was 15 and living in Afghanistan, the young Canadian was seriously injured (blinded in one eye and shot in the back at point blank) during an attack by U.S. military forces. Abandoned by his government and denied all protections guaranteed by Canadian and international law, Omar spent the next decade in a Guantanámo Bay U.S. Military Prison. Omar was denied the right to return to Canada and have his case heard in a legitimate court and was eventually sentenced by an internationally-condemned U.S. military commission. Upon his long-delayed return to Canada in 2012, Omar was immediately imprisoned. Since then, the government chooses to justify the decision of an extra-judicial military tribunal to justify Omar’s continued incarceration.

Canadian and American courts have ruled in Omar’s favour: the American Supreme Court decided on 3 occasions that the military commission, which charged and sentenced Omar, was unconstitutional. Decisions of the Canadian Federal Court (2005) the Canadian Supreme Court (2008) and the Federal Court of Appeal (2009) all stated Omar’s human and Charter Rights had been violated by actions of Canadian government officials.

In October a Federal Court Judge ruled that Omar can expand the terms of a civil lawsuit, originally filed in 2004, to include the claim that the Canadian government conspired with the U.S. in his torture, detention and inhuman treatment.

But Omar is still in jail. During the long years of his ordeal many human rights organizations, lawyers, faith-based groups, legal societies, prominent Canadians and politicians have participated in a cry for justice. Despite their voices, legal victories, and the diligence of Omar’s lawyer, Dennis Edney Q.C., our government has not wavered in its attempts to demonize Omar, deny his freedom, and refuse to redress the violation of his rights. For many the name Omar Khadr is associated with a grim chapter in Canadian history where civil, international and Charter Rights  –  for Muslims in particular – have been sacrificed for Canada’s participation in a trumped up ‘War on Terror’.

And what about Omar? How has this young man, who has suffered so much and spent almost half of his life in prison (much of that time in solitary confinement), endured such unspeakable cruelty?

Very few Canadians have had an opportunity to see or hear from him. The government has denied all media access on the grounds that an interview would be a ‘threat to national security’. That may be about to change. A group of media outlets have asked a federal court to intervene on the basis that denying access is a violation of constitutional rights to a free press.

However, through the years, hundreds of correspondents have exchanged letters with Omar and found that his gentleness and positive attitude are reflected in every response. This excerpt, written just after his long-delayed repatriation, states:“I’m so happy to finally be in Canada, and even happier to be welcomed. It is so heartwarming to know that I’m not alone, and that there are wonderful people (like you) who care about me and wish me good luck.”

After a recent visit with Omar at Bowden Institute in Alberta, Helen Sadowski, a retired federal government employee, who has corresponded with Omar for many years, wrote:

Over time it becomes very clear that he is a very deep thinker, very conscious of what is happening in society. He has many ideas about human beings, the human mind, interdependency/cooperation, resiliency, egalitarianism, human relationships…..to name a few topics. A mind like that doesn’t belong in prison. One feels continually amazed at what he has suffered over these past 12 years and the way he has chosen to live his life as a thoughtful, kind and spiritual person.

A team of 15 teachers from King’s University College in Edmonton, who voluntarily organized correspondence lessons while Omar was still in Guantanamo, have through the years, developed very positive relationships with their student. Since Omar’s transfer to an Alberta prison, the lessons are now conducted in person and his teachers speak very highly not only of Omar’s character, but of his intelligence and keen attitude to learning. Associate Professor Arlette Zinck, Omar’s English teacher, who has been instrumental in the team’s organization, shares that opinion. According to Dr. Zinck, Omar Khadr is a “lovely, young man,” a brilliant student who is preparing to qualify for post secondary education. “Omar is inclined to take things in stride…He’s exceeding our expectations in his studies and we’re really pleased for him.”

When discussing his first meeting with Omar in Guantanamo, Dennis Edney, who has worked pro bono on behalf of his client for over a decade recalls: “I went to Guantanamo as a lawyer and I came out as a broken father.” Recalling his first meeting with Omar, Edney remembers “He was shackled to the floor and looked to me like a small wounded bird”. Edney has crisscrossed the planet several times to advocate for Omar and, once Omar is free, he will be welcome to join the Edney family in their Edmonton home.