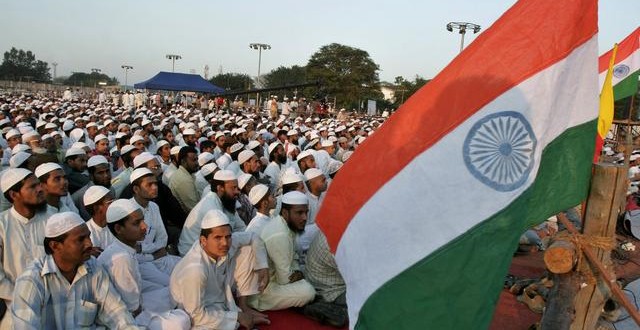 However, there is little mention of the country in Western media, thanks largely to the fact that most of India’s Muslim population in un-radicalized.

According to an Economist editorial, “a combination of factors” has helped India’s Muslims, chief of them being the intermingling of cultures in the Indian subcontinent.

“Islam in South Asia has a long history, over 1,000 years, but was long dominated by Sufis who integrated closely with non-Muslim Hindus, sharing many cultural practices”.

In 2009, New York Times writer Thomas Friedman had reported that Muslims in the country had refused to bury their community members who had carried out suicide bombings.

“That’s why India’s Muslims, who are the second-largest Muslim community in the world after Indonesia’s, and the one with the deepest democratic tradition, do a great service to Islam by delegitimizing suicide-murderers by refusing to bury their bodies. It won’t stop this trend overnight, but it can help over time”.

“The fact that Indian Muslims have stood up in this way is surely due, in part, to the fact that they live in, are the product of and feel empowered by a democratic and pluralistic society. They are not intimidated by extremist religious leaders and are not afraid to speak out against religious extremism in their midst. It is why so few, if any, Indian Muslims are known to have joined Al Qaeda”, he wrote.

However, others have refuted Friedman’s claims of pluralism, with the shadow of communal violence in Mumbai and in the state of Gujarat in the 90’s still looming large.

According to a report by The Economist, conditions for the Muslim population in India have only worsened since.
“No serious official effort has been made to assess the lot of India’s Muslims since the publication in 2006 of a study ordered by the Prime Minister, Manmohan Singh. Called the Sachar report, it broadly showed Muslims to be stuck at the bottom of almost every economic or social heap. Though heavily urban, Muslims had a particularly low share of public (or any formal) jobs, school and university places, and seats in politics. They earned less than other groups, were more excluded from banks and other finance, spent fewer years in school and had lower literacy rates. Pitifully few entered the army or the police force”, it said in its report.

Pankaj Mishra for Bloomberg View wrote that “Indian Muslims have many of their own problems to deal with, largely stemming from the swift decay of democracy and pluralism”.

The recent election of Narendra Modi as India’s Prime Minister has also put a significant part of the Indian Muslim community on edge, with concerns that Modi may concentrate a little too much on his Hindu identity and undermine the idea of pluralism.