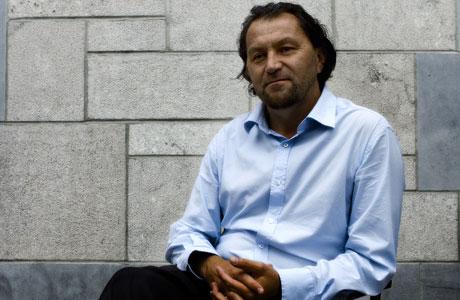 The once-controversial imam, now seen as a progressive leader, said that Canada and Islam “complement” one another. “There is no contradiction”, he said.

His new book comes hot on the heels of rising global fears over foreign fighters joining extremist groups in the Middle East – young Canadian men serving radical group Islamic State (IS) have been found dead in the region.

It is the “virtual world classroom” and not Canadians who are radicalizing these Muslims, Delic said.

“If they are ostracized, they will go online and find some sheikh. This book talks to them more than anybody else… They are not doing any service to our faith”, he said.

He added that a key aim of his book was to “wake up” a part of the Muslim community which is “in deep sleep” and is unaware of their current world, especially immigrants from Muslim societies. He advocates for an open-minded Islamic identity which doesn’t copy from the old country, but builds in the new.

“When I came to Canada [20 years ago], I realized that I lived in a different world as far as my comprehension of Islam is concerned. I was shocked with the universality of Islam and Muslims.”

“I was thinking when I was coming from Bosnia that my understanding of Islam is the only way, and all of a sudden I realized there are many expressions of Islam that are a little bit different than mine, so I had to juggle and adapt and basically accept some of the other expressions, and create quite a different expression of Islam that is not Bosnian, not Saudi, not Egyptian, but rather that is a combination of many, a Canadian expression of Islam.More and more people are realizing that is the way out for the community”, he said.

He also said that his book’s title had roused objections that there can’t be a Canadian Islam and that his work is heresy. He identifies faith, participation, education and transmission and an attitude of intellect as the four pillars of Islam in the book, he added.

“A person cannot become a Muslim and remain a good Muslim in a state of ignorance”, he said.