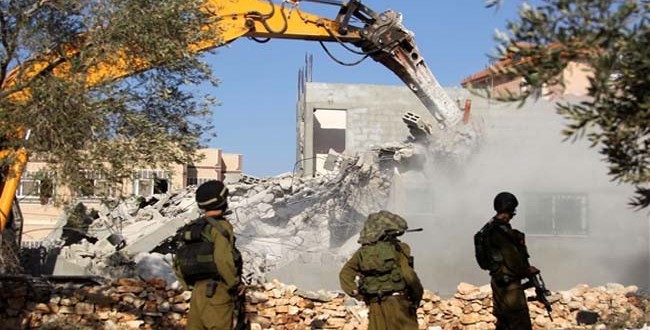 Human Rights Groups denounced Israeli demolitions of homes in the West Bank where the U.N. said 63 houses and other structures were destroyed this week alone, making 132 Palestinians homeless. In a joint statement, 31 international organizations including Oxfam and Amnesty International slammed the “surge” in demolitions and urged world leaders “to take urgent action” to put an end to it. The United Nations said  that  the demolitions of  the  homes and basic structures come as Israel  plans to construct  homes for Jewish settlers in the occupied territory. They occurred in Area C, which is controlled by the Israeli authorities and where more than 60 percent of the West Bank lies.

Oxfam’s Catherine Essoyan said: “Demolitions are pushing Palestinians to the brink and destroying prospects for peace.This week,  the  coordinator for U.N. humanitarian and development activities in Palestinian territories Robert Piper said in a statement “These demolitions are occurring in parallel with settlement expansion…The relocation plan for these communities would effectively remove Palestinian presence in and around the planned E1 settlement project”.

The U.N. said that on Monday alone, Israel demolished the makeshift accommodations (including tents ) of 78 Palestinians, including 49 children. And this is the largest number of Palestinians displaced in the West Bank in one day in nearly three years. The organizations said  ” The Israeli government should be held accountable for the wanton destruction of Palestinian property and of projects funded by international aid in the occupied West Bank.” A solar panel, a portable latrine and animal pens funded by the European Union were among the structures demolished, it said.

Israeli settlements in the occupied West Bank are considered illegal under international law.