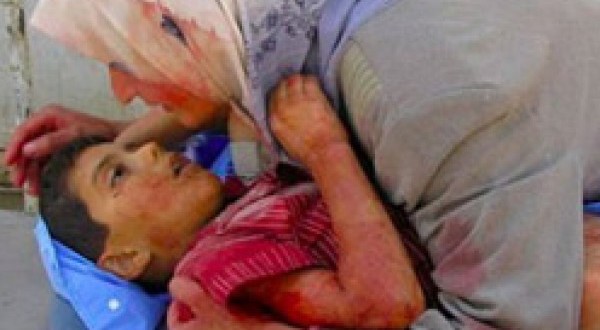 Good for the Harper government for facilitating the secret talks between a pig-headed Washington and Cuba’s geriatric “communist” dictatorship. Despite the widespread demoralization within the Department of Foreign Affairs, its officials, backed by the Prime Minister and Foreign Minister John Baird, demonstrated to the world exactly what kind of role Canada is capable of playing on the world stage.

Does this mean the government has finally come to its senses and decided to reflect the values most Canadians have long cherished? After all, in his Christmas message, Stephen Harper emphasized that Canada was “a compassionate country” known around the world for “protecting the vulnerable,” and asked his fellow Canadians “to show kindness to the less fortunate.” This is not exactly how the government has normally rallied its base. Is there hope for a Harperland change of heart at this late date?

Alas no. Not, at least, if it means enabling 100 severely injured children from Gaza to come to Canada for medical care. The proposal 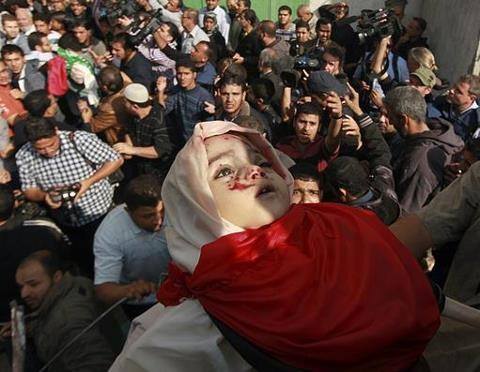 comes from Izzeldin Abuelaish, the Gaza doctor who lost three of his daughters when Israel bombed his home.

They were among the 1,300 Palestinians and 13 Israelis killed during the Israeli assault against Gaza in 2008-9. Of the 13 Israelis, 10 were soldiers. Of the Palestinians, over half were civilians. 250 of them were younger than 16. Four thousand Palestinian homes were destroyed, tens of thousands left homeless. In a subsequent operation in 2012, four Israeli civilians and one soldier were killed, as were 158 Palestinians, about two-thirds of them civilians including 30 children.

This pattern has not varied in the so-called wars between Israel and Hamas. In last summer’s conflict, over 2,100 Palestinians were killed; somewhere between 50 and 75 per cent were civilians. About 500 were children. More than 10,000 Palestinians were wounded, 2,700 of them children. 375,000 children were deemed to be traumatized, with no psychosocial support. 142 schools were damaged as were 22 hospitals and medical centres. A quarter of the entire population was displaced, their homes destroyed, refugees in their own land.

Hamas killed 66 Israeli soldiers and 5 Israeli civilians, including one child. Some 5,000 to 8,000 Israelis, fearing Hamas rockets, temporarily fled their homes but returned to find them intact. 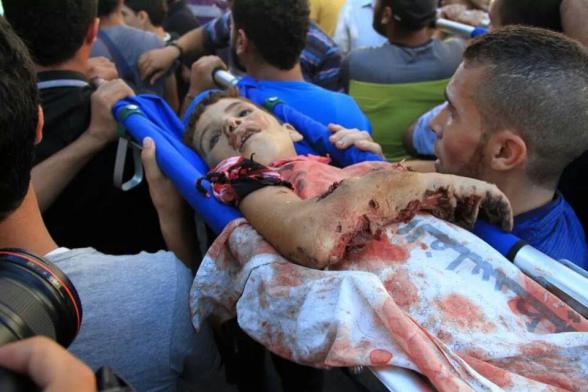 Last August, Dr. Abuelaish, now living and working in Toronto, helpless to stop the latest conflict, believed that at the very least the world could relieve the suffering of some of its innocent victims. Medical facilities in Gaza are woefully inadequate. Maybe Ontario, with its rich supply of such facilities, could ease the burden just a little for 100 such children. He soon received commitments of support from the Premier of Ontario, the Ontario Minister of Health, the Registered Nurses Association of Ontario, the Canadian Medical Association, the five major children’s hospitals in Ontario including Sick Kids, health professionals and doctors who agreed to waive all fees, several media, trade unions, all three federal opposition parties, and 45,000 Canadians who signed an appeal. Israeli and Palestinian authorities also appeared willing to cooperate.

Sharp-eyed readers will observe one omission from this impressive list. The children and their parents or guardians, whom Dr. Abuelaish traveled to Gaza to identify, can’t enter Canada without a visa from the Canadian government. The Canadian government refuses all co-operation. Although he is honoured around the world for his superhuman refusal to hate those who killed his children, no member of the Harper government has ever spoken to Dr. Abuelaish about his ordeal in general or his 100-children initiative.

Nor do they intend to. Last August, he again sought a meeting with Mr. Baird to discuss the proposal and received in reply an email from a Garry Keller to say he’d been told “many times that Minister Baird is not available to meet.” And yet John Baird is available to meet countless people each week. Why does a good man like Izzeldin Abuelaish get spurned?

While Dr. Abuelaish ensured that his initiative remain strictly humanitarian, the government has been steadfastly political. To any normal person, the extraordinarily lopsided casualties from the repeated Hamas-Israel clashes tell an unmistakable story. But as in so many things, the Harper government invents its own unshakeable truthiness. “Make no mistake,” emailed Adam Hodge, some other John Baird spokesperson, “there is only one party responsible for the suffering of the Palestinian people, and that is the international terrorist group Hamas. Hamas’s reckless aggression continues to put Palestinian lives at risk by impeding the delivery of humanitarian assistance to Gaza.”

What does this mean? That Hamas was responsible for the Israeli bombs that blew up Dr. Abuelaish’s daughters in their own home? That maimed Palestinian children should pay the price for Hamas’ deeds? That caring for these children would somehow help Hamas?

Here’s the more likely truth: It would be far harder for the Harper government to maintain their twisted interpretation of the Middle East in the face of 100 Gaza children whose burns, amputations, disfigurements and other appalling injuries were all inflicted by Israel.

So: Compassion? Protecting the vulnerable? Showing kindness to the less fortunate? Sure – as long as it fits the Harper government’s political agenda. Just more tough luck for the children of Gaza.

Gerald Caplan has an MA in Canadian history and a Ph.D. in African history from the School of Oriental and African Studies at the University of London. He is an author, teacher, media commentator, and social and political activist with a lifelong commitment to African development. He is preoccupied with genocide and genocide prevention, particularly the 1994 genocide in Rwanda, about which he has frequently written. He has been a consultant on African development issues to many United Nations agencies as well as to the African Union. His latest book is called The Betrayal of Africa. He writes a weekly online column for the Globe and Mail.
Canada government israel killed 2015-01-29
Mona
السابق Ukrainian Oligarch Fugitives Wanted by Interpol, Pay Bribes for Israeli Citizenship
التالي Jordan: Reforms Fall Short