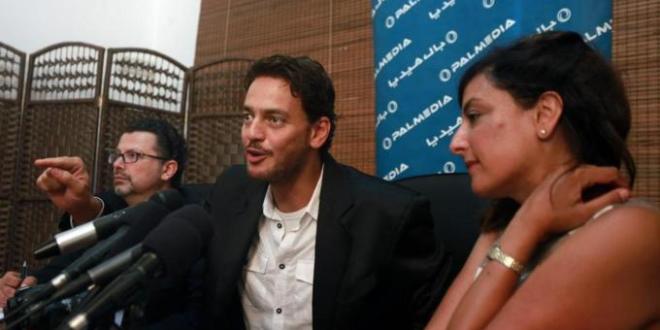 Getting Hollywood’s nod for Palestinian film

What will it take for Hollywood to recognise Palestinian cinema?

After it was premiered in Ramallah at the Ramallah Cultural Palace, Najwa Najjar’s second feature film “Eyes of a Thief” (2014) is now officially selected as this year Oscar contender in the best foreign-language film category from Palestine.

Six years in the making, the nomination of Najjar’s film is a singular honour for a young filmmaker from any country, but when that country is a deeply traumatised nation like Palestine that honour is a mixed blessing.

In what particular way can we talk about “Palestinian cinema” when Palestine as a homeland is under occupation, Palestinian as a people are being routinely robbed of their homeland, and Palestinian filmmakers lack the most basic aspects of a cinema industry?

Years ago when I edited and published a book on Palestinian cinema, “Dreams of a Nation: On Palestinian Cinema” (2006), I proposed that we can think of a national cinema predicated on a national trauma – a defining national ordeal (such as the Palestinian Nakba) that precisely in its traumatic nature posits that people as a nation and gives their artistic expressions a national character. History of cinema from Russian cinema at its earliest phases to French New Wave, German New Cinema, Italian neorealism, down to Cuban, Chinese, Iranian cinema, etc. testify to this proposition.

The political dimensions of a national cinema are thus definitive to its thematic proclivities. Featuring the Egyptian actor Khaled Abul Naga, Najjar in her most recent film examines the return of a Palestinian political prisoner to a personal life deeply traumatised by the political events affecting his homeland between 2002 and the present.

Najjar examined the thorny question of a young Palestinian woman who may have other passions – from dancing to natural sexual desires – while her husband is serving time in Israeli prisons.

“The nomination of ‘Eyes of a Thief’ to the Oscars,” Najwa Najjar recently told The Hollywood Reporter, “is about getting a Palestinian narrative reflecting the human story of a sensitive subject at the core of [the] Palestinian/Israeli conflict out there,” sharing the “incredible difficulties in making a film shot completely in the Palestinian Territories.”

For the foreseeable future, the fate of Palestinian cinema is limited and enabled (at one and the same time) within the mixed blessing of that political predicament.

Najjar is the most recent example of a talented young filmmaker testing the limits of that predicament. Her first feature film “Pomegranates and Myrrh” (2008) had its world premiere at the Dubai International Film Festival, after which it had a fairly wide range of international exposure and recognition, played in over 80 festivals, won international awards, was sold worldwide and released theatrically.

In this film, Najjar examined the thorny question of a young Palestinian woman who may have other passions – from dancing to natural sexual desires – while her husband is serving time in Israeli prisons. Can a Palestinian filmmaker afford raising such issues in the context of the occupation and disposition of her people and her homeland? Things that are natural, normal, ordinary, and even innocent in any other context, in the case of Palestinian society and cinema find sudden political implications way beyond the limited roles of any filmmaker.

To be sure, Najwa Najjar is not alone in her ambitions and achievements as a Palestinian female filmmaker. May Masri and Annemarie Jacir are world renowned and widely celebrated filmmakers with groundbreaking work to their credits. But both Masri and Jacir raise issues that are within the general contours of the Palestinian national liberation – while Najjar dares to raise more ordinary questions of human follies otherwise denied a people caught in a prolonged national struggle.

Najjar’s “Eyes of a Thief” had to overcome these and other political considerations as it was being considered for nomination as the official Palestinian entry for the Oscars. Based on a true story, “Eyes of a Thief” tracks the predicament of Tareq, a father concealing a dangerous secret as he searches for the daughter he had left behind years ago.

From the storyline to the circumstances under which Najjar shot her film, her work represents a cinema made under occupation: literally. She shot her film entirely in the Occupied Palestinian Territory over a period of 25 days, of which she reports the 21 days in Nablus witnessed nightly Israeli incursions on the nearby Balata Refugee Camp.

To make the very idea of a “national cinema” for Palestine plausible, filmmakers like Najjar will have to be committed to recruiting and in fact training Palestinians to work on various aspects of film production. But the nature of filmic production nowadays is such that no filmmakers can work exclusively within a national boundary.

The script for Najjar’s film was awarded the Dubai Connection Award and the Sundance Duke Grant after the Sundance Scriptwriting Lab, and was a participant of the Rome International Film Festival New Cinema Network. While the State of Palestine Ministry of Culture supported “Eyes of a Thief”, so did the Doha Film Institute, Royal Film Commission Jordan Film Fund, Wataniya Palestine, and the Friedrich-Ebert-Stiftung Jerusalem, and the Icelandic Film Fund and ZDF/Arte.

Young Palestinian filmmakers like Najjar are at the forefront of a daring and imaginative generation of filmmakers who continue to navigate the thorny path of a national cinema in a widely globalised postnational cinematic realm. What defines and sustains their cinema as Palestinian is precisely the focal trauma of a people whose homeland is systematically robbed, and from that sense, of the vanishing presence they have to dream their future.

Hamid Dabashi is the Hagop Kevorkian Professor of Iranian Studies and Comparative Literature at Columbia University.

Source AlJAZEERA with permission from the author