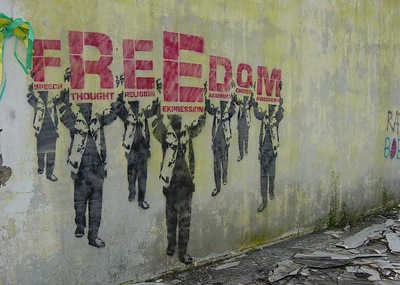 A new study  suggests Canada ranks 6th  out of 152 countries when it comes to human freedom while  US is 20th.

The study  is a joint project of the Fraser Institute, the Liberales Institut of the Friedrich Naumann Foundation for .Freedom (Germany), and the Cato Institute (United States) .it  used 76 indicators of personal, civil and economic freedoms.

The least free country in the index was Iran. The Democratic Republic of Congo, Myanmar, Zimbabwe and Yemen round out the bottom five.

According to the study , Canada ranked 6th   because of  security and safety, the rule of law and economic freedom which is based on personal choice, trade openness, freedom to compete, security of private property and judicial independence.

Study editor Fred McMahon said that  the goal of the index is to measure the degree to which people are free to enjoy classic civil liberties freedom of speech, religion, individual economic choice, and association and assembly.

He Added also “We also look at the rule of law, which is essential for freedoms, as well as indicators of crime and violence, freedom of movement, limits on freedom due to sexual orientation, and women’s freedoms”.

Internationally, the average rankings on the index, by region, were highest for Northern Europe followed by North America and Western Europe, and were lowest for the Middle East, North Africa, sub-Saharan Africa, and South Asia.