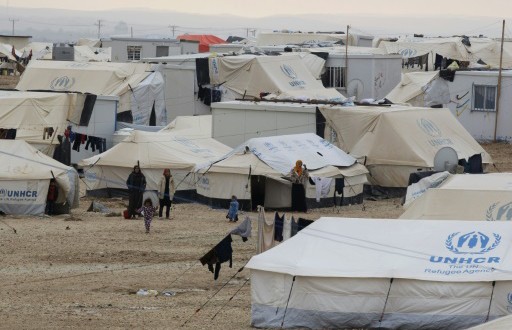 The U.N. food agency said it has ceased assistance to 229,000 Syrian refugees in Jordan because of a lack of funds, but will continue to provide for 211,000 others.

World Food Program spokeswoman Dina El-Kassaby said “Due to a lack of funds we had to suspend from the first of September assistance to 229,000 Syrians who live in Jordan, outside U.N. refugee camps…However, the WFP will continue to provide aid to 211,000 vulnerable Syrians outside refugee camps”.

The United Nations high commissioner for refugees agency  (UNHCR) estimates that more than four million Syrians have fled the civil war and Most of them have sought refuge in neighboring countries.

According to the UNHCR More than 1.1 million fled to Lebanon, 600,000 to Jordan and Amman puts the figure higher at 1.4 million, or 20 percent of Jordan’s population. Also,  7.6 million Syrians have been displaced inside their country by the war.

Kassaby said  that the WFP needs $26 million weekly to feed 4 million Syrians inside Syria and 1.5 million others who fled to neighboring countries.

Lebanon and Jordan have complained that their already poor resources are overstretched, and U.N. agencies have repeatedly appealed for donors to help them aid needy Syrians.

In Jordan, around 80 percent of the Syrians live outside U.N.-run refugee camps, but most still rely on food coupons issued by the WFP and the generosity of other aid groups and citizens to survive.

Kassaby  added “Assistance inside the camps has not changed,”.