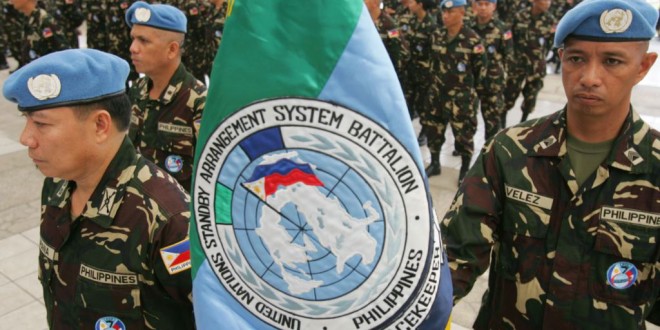 On Thursday, Syrian rebel groups captured 43 UN peacekeepers on the Syrian half of the border at Golan Heights and surrounded 81 others, the United Nations said.

Forty-three peacekeepers from Fiji were forced to give up their arms and were taken hostage near the Quneitra crossing, but 81 Filipino peacekeepers “held their ground” and refused to surrender their arms, the Filipino defense department said.

“This resulted in a stand-off which is still the prevailing situation at this time as U.N. officials try to peacefully resolve the situation”, it said in a statement.

Syrian rebels, including fighters from the al-Nusra Front, took the crossing on Wednesday, triggering an exchange of gunfire with Israeli soldiers. Quneitra is the only crossing between the Israeli and the Syrian-controlled side of Golan Heights.

The UN Security Council has “strongly condemned” the detention of 43 peacekeepers and the “surrounding of positions” occupied by the other 81 peacekeepers by “terrorist groups and by members of non-state armed groups”.

The council also demanded the “unconditional and immediate release of all the detained United Nations peacekeepers” and urged nations with influence and world powers to help with their release.

The 81 Filipino peacekeepers are locked in a standoff near Burayqah and Ar Ruwayhinah, while Fijian peacekeepers were taken to the southern half of the buffer zone, the UN said.

Stephane Dujarric, a spokesman for the UN, said that it remains unclear which groups had orchestrated the attacks.
“Some groups are self-identified as affiliated to Al-Nusra but we are not able to confirm”, he said.

UN officials have noted that peacekeepers along the armistice line between Syria and Israel were detained twice last year before being released safely.

In June last year, a similar takeover by rebel forces was attempted, but the Syrian army managed to retain control.

Fiji, India, the Netherlands, Nepal, the Philippines and Ireland contribute soldiers to the 1,200-strong United Nations Disengagement Observer Force (UNDOF). On Saturday, The Philippines had announced that it would withdraw all of its 331 soldiers serving in the UNDOF once their current period of duty expires in October.