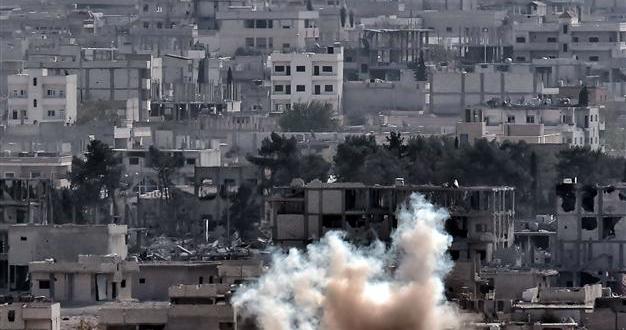 Syria: IS loses ground in Kobane

Syrian Kurds battling extremist group Islamic State (IS) in border town Kobane made new gains on Friday, expelling the extremists from many central buildings and capturing their weapons, the Syrian Observatory for Human Rights said.

According to the monitor, the advance came only hours after the international coalition launched four strikes against extremist positions in Kobane. The Kurdish People’s Protection Units (YPG) then staged a “special operation” during which it captured six building that had been used by the IS. The monitor added that 13 IS fighters were killed.

Arab and US allies started launching strikes against IS positions in Syria in September, days after IS began its assault on Kobane. Over 1,200 people, most of them fighters, have been killed in the battle for Kobane, which in the process has become a symbol of resistance against IS.

Last month, Turkey and the US warned that the town was on the brink of being overrun by IS, but signs indicate that the tide is beginning to turn against the militants. Syrian Kurdish troops fighting alongside Syrian rebels and Iraqi peshmerga forces, backed by US-led airstrikes, have reinforced Kobane’s defenses.

In recent months, the Syrian regime has ramped up airstrikes on IS-controlled towns in eastern and northern Syria; unfortunately, most of the casualties from their strikes have been civilians. Human rights groups and the UN have repeatedly urged all parties in the war to stop using weapons that indiscriminately target civilians.