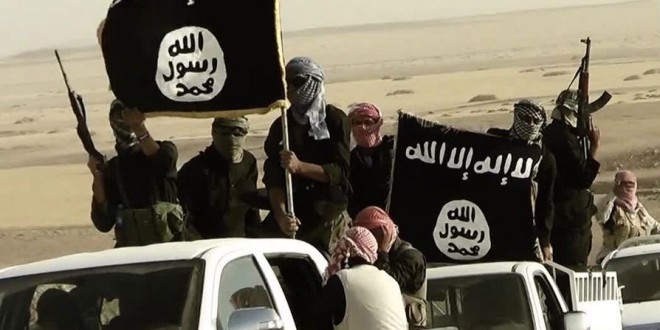 No ‘Crisis in Islam’: Just Apathy of So-called ‘Historians’

On the “BBC This Week” program, historian Tom Holland labored to counter the argument that the so-called Islamic State should not be labeled as such: “The Islamic State”.

Holland’s logic in the program seemed more philosophical, concerned with dialectic and logic of language, and hardly situated in any proper historical context.

His comments were in response to British Prime Minister David Cameron’s objection to the BBC’s use of the phrase ‘Islamic State’. Cameron prefers ISIL – which, itself, stands for the ‘Islamic State in the Levant’ or the cynical qualifier ‘so-called’ to be placed before the phrase.

Although Holland asserts that Cameron’s protestation to the use of the phrase ‘Islamic State’ is essentially principled, he does not agree with the Prime Minister. By denying ‘IS’ the right to use the phrase, according to Holland, Cameron is replicating the ‘IS’ strategy of denying any Islamic credentials to their Muslim opponents, describing them as ‘heretics’. Cameron is playing the same game as ‘IS’, according to Holland.

However, in an article published in March by the New Statesman, Holland tries to live up to his own credentials as a ‘historian’ by delving into history, but a selective version of it. His take on Islamic history struck me as alien and foreign draped with what seemed like an authentic reference, but lacking in genuine knowledge in the overall values and meaning of Islam and the spirit of its message.

“The problem faced by the orthodox religious authorities in the Muslim world, however, is very similar to that which confronted the Catholic Church in the 16th century,” he wrote. ‘Very similar,’ he says, yet offers little by way of demonstrating his out-and-out assertion.

In the BBC program, he concluded with another unqualified claim, closing with an earth-shattering remark that ‘Islam’ is experiencing a ‘crisis’.

For someone who protested Cameron’s simple request to apply a ‘so-called’ before ‘Islamic State’, while declaring that there is a crisis in the heart of Islam – a religion that is rooted in a culture that spans over 1400 years, which manifests itself throughout numerous cultures and geographies, the world over – Holland needs to exercise more caution.

History, with all its complexities, cannot be isolated from the present, notwithstanding current political turmoil. To be dubbed ‘history’, it should not be made a landscape for underhanded political ideas masquerading as historical facts, simply because the likes of Holland can utilize past historical references and market them to his audience as genuine analogies.

I found it particularly telling that Holland’s views on history are borrowed from ancient references such as early Islam, 16th century Christianity, etc., but fail to examine a more immediate – and much more relevant – history that made possible the rise of the so-called ‘Islamic State’.

It is impossible that Holland did not know or, at least, appreciate the relationship between western military interventions in the Middle East, especially in Iraq in 2003, and the rise of jihadist groups in the region.

To completely ignore the gradual rise of ‘IS’ from the early fundamentalist outlets that flooded Iraq following the US-British invasion, morphing into the fighting force that it has become, is a catastrophic gaffe to anyone who claims to know history.

While sectarianism exists in Muslim societies, as with any other religious groups in other societies, it was the American Governor of Iraq, Paul Bremer, who initiated the current sectarian violence in the region when he launched his campaign of ‘De-Ba’athification’ of Iraq in May 2003. It resulted in the rooting out of every aspect of the Ba’ath Party’s influence in Iraq, the dismantling of the army, and every aspect of state institutions. It entailed the minimizing of any form of Sunni influence in the country, setting the stage for the takeover by Shia groups, including numerous Shia militias that continue to constitute the Iraqi Army.

Absent from Holland’s speech, and that of other ‘historians’, is the role of former British Prime Minister, Tony Blair, who, although largely disliked by the general public, continues with his political meddling and shady politics. Blair was the closest ally to the US President, George W. Bush. Together, they turned Iraq into a killing field, where the bloodletting is yet to cease.

Of course, Holland is not alone in promoting the ‘crisis of Islam’ jargon. It was, and remains, at the heart of the discredited neo-conservative thinking. The purpose of such claims is largely to disown any responsibility regarding the mayhem gripping the Middle East, and putting the blame squarely on local actors for their countries’ misfortunates.

Such a discourse does not just absolve the US, the UK and others from any responsibility: it positions them as a victim in a war propelled by Muslims and their own crisis of religion and sect.

“The continued rise of violent, anti-Western, Islamic fundamentalism is one of the defining challenges of our time,” wrote Mark Mardell on the BBC website (July 02, 2015). ‘IS’, he wrote, “controls vast areas of Syria and Iraq and has more than mere footholds in Libya, Yemen and Nigeria.”

Although Mardell gave all the keywords required to place the rise of ‘IS’ in proper context, he still fails to see it.

What have Iraq, Syria, Libya and Yemen have in common? Both Iraq and Libya have suffered two massive western wars, and Syria and Yemen are being victimized by unrelenting western intervention. The war on Iraq brought al-Qaeda-turned-IS to the country; the war in Libya divided the country among hundreds of western-armed unruly militias, and so on. Do you see the logic?

But Mardell is not concerned with any of this as he, like Holland, is busy haggling with irrelevant terminology: “And, it seems to me, once we start passing comment on the accuracy of the names people call their organizations, we will constantly be expected to make value judgments. Is China really a “People’s Republic”?”

Although Mardell is not a ‘historian’, he is a ‘presenter’; a media man should, at least, be aware of some current affairs that are of direct relevance to his topic.

One such current affair, the Arab Spring, had the potential of ending the radicalization of Arab youth by offering them a democratic outlet that did not see a contradiction between Islam and democracy, on one hand, and economic opportunity, on the other.

But every single one of these experiences were quashed by military force, leaving little Tunisia fighting for its nascent democracy against ‘IS’ recruits and their benefactors.

The idea behind the violence is to destroy any possibility of seeing a harmonic marriage between political Islam and democracy, and the so-called ‘Islamic State’ is the demon unleashed against the forces of moderation and modernity in the region.

This is far from being a ‘crisis in Islam’, but a political struggle that will, ultimately, define the future of the region for many generations to come.

– Dr. Ramzy Baroud has been writing about the Middle East for over 20 years. He is an internationally-syndicated columnist, a media consultant, an author of several books and the founder of PalestineChronicle.com. His latest book is My Father Was a Freedom Fighter: Gaza’s Untold Story (Pluto Press, London). His website is: ramzybaroud.net.
history Libya middle east yemen 2015-07-14
sherehan
Previous Bahraini human rights activist Nabeel Rajab freed from jail
Next Egypt : Against Terrorism, Against the Restriction of Liberties