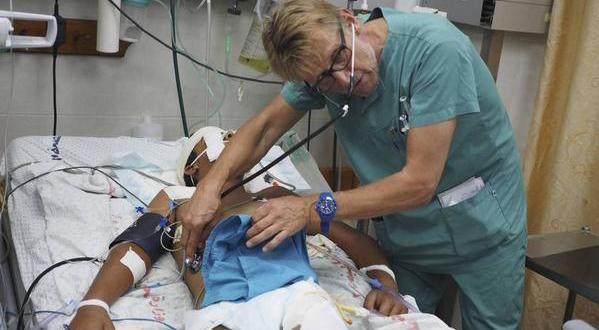 Israel has blocked prominent Norwegian doctor Mads Gilbert from entering the state and thereby accessing Gaza, but denied on Monday that it has imposed a lifelong ban on the medic. Gilbert works at the University Hospital of North Norway’s Clinic of Emergency Medicine, and had volunteered Gaza City’s Shifa hospital during 2009’s 22-day war in which over 1,440 Palestinians were killed and has been working in the Palestinian territories for over three decades.

News had initially broken out that Israel had banned Gilbert from the Gaza Strip for life. Gilbert has accused Israel of backtracking from its decision, following calls from Norway to reevaluate its decision.

“They have a little trouble explaining if I’m banned from Gaza or Israel”, he said, adding that he was let into Israel in October but was not let into Gaza and later was informed that his ban was “infinite”.

“They keep changing explanations all the time, so I think they are fairly pressurized by the reaction from the Norwegian government and from the international outcry over denying entry to a medical doctor just because he’s criticizing Israel”, he said.

Gilbert was among the two dozen European doctors who were signatories of a letter published in noted medical journal The Lancet’s July edition, weeks into the 50-day war in the Gaza Strip. The letter described the campaign in Gaza as a “crime against humanity”.

A spokesman for the Israeli foreign ministry last week said that Gilbert was a “Jekyll and Hyde” who used his status as a doctor to attack Israel. Gilbert responded by saying that Israel was attempting to cover up effects of the ongoing blockade of Gaza.

“I am a medical doctor who speaks up about the conditions of the Palestinian people which is my duty as a doctor. This is not about me, they don’t want the world to see what’s going on. If they feel threatened or attacked by the facts on the ground — the numbers of killed and injured civilians, the lack of water and supplies due to the siege, the bombing of hospitals and ambulances — then change that, don’t kill the messenger”, he said.