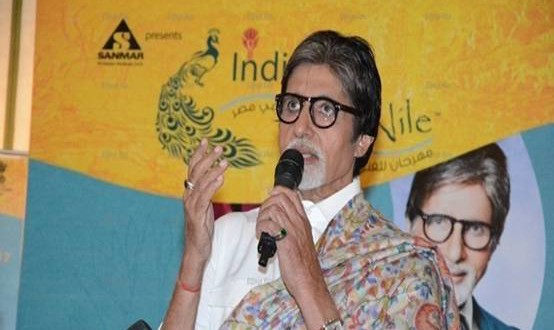 Egypt : ‘India by the Nile’ Festival opened by Amitabh Bachchan

Indian Embassy in Egypt is organizing “India by the nile” festival for the the third time in Cairo between 30 March and 16 April as a way to encourage tourism in Egypt . And to celebrate Indian culture with variety of activities shows Indian contemporary and classical music, dance, theatre, visual art, film, food and literature. It also provides an avenue for dialogue and collaborative exchange between Indian and Egyptian literary figures, performers and visual artistes.

The Indian ambassador, Navdeep Suri opened the festival with a press conference where he said “We started this festival with a mission to create stronger links and collaboration between Egypt and India. Culture is not about bringing performances and getting applause, it’s about creating connections”.

The ambassador described this year activities in the festival as a “special” ones . He said that there will be Manipuri dance instead of classical dances which represented in the past two year. He also added that there will be number of events on yoga and wellbeing sessions, Indian food, traditional music, Bollywood shows and Bollywood films.

The ambassador added “We are two very ancient civilizations, we have a great level of tolerance and acceptance of different cultures. There is a friendship sensation between both people. It impresses all our tourists how Egyptians and Indians are friendly”.

This year guest of honor is Amitabh Bachchan. He said in the conference “Every time I come here I’m greeted warmly, thank you for making me part of this wonderful event…, I look forward to the festival’s programme, it’s great to find so many Egyptians watch our movies and appreciate our work” 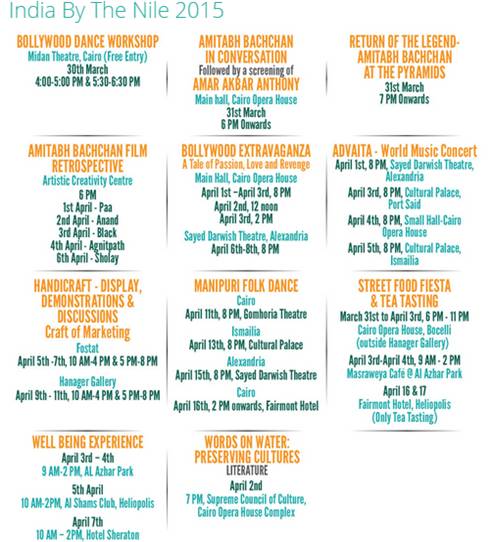