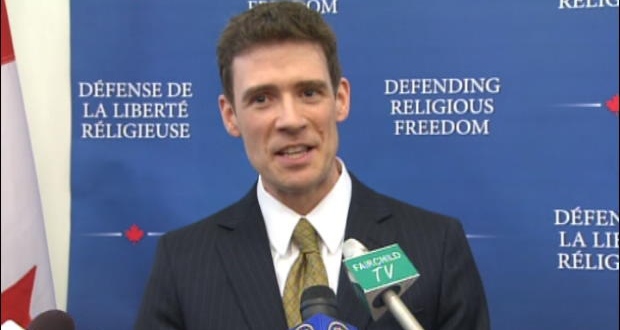 Canadian ambassador for religious freedom Andrew Bennett said that the current outburst of ethno-religious hatred, expulsions and murders by militants from the Islamic State (IS) in Syria and Iraq has risen to the level of genocide.

“ISIS is a barbaric terrorist group that has taken Sunni Islam and warped it, distorted it, twisted it and usurped it for its own barbaric goals of establishing a so-called caliphate”, he said in interview to a Canadian daily on Monday, referring to the group by its previous name.

He added that, although the factors are complicated, “it is religiously motivated and religion is at the center of this conflict”.

Ottawa had last week announced the deployment of “several dozen” people from the military to join US forces advising the Iraqi government on battling extremists from the IS.

On Monday, Prince Zeid Ra’ad al Hussein, the first Muslim UN Nations High Commissioner for Human Rights, said that the militants were trying to create a “house of blood” in the Middle East, before criticizing them for “barbarically slaughtering captives” taking the name of religion.

Bennett’s directive is to promote and defend religious freedom in the world. He has been on the job for less than two years, during which attacks on religious groups have intensified in the Middle East, Africa and in Ukraine.
Bennet said that it was time Canadians brought religious debate into the public consciousness, a debate most Western governments have been afraid of.

“We can’t be afraid of religion in public discourse and how we advance foreign policy goals. We cannot say that religion is just bad, because it isn’t. It motivates people to great good and justice. But when we talk about the advancement of religious freedom we don’t mean theological disputes. We’re looking at the inherent dignity of every human being”, he said.