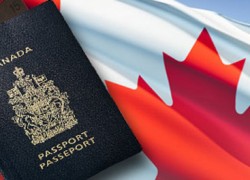 By Ahmed A. Yousef

Canada is known throughout the world as peaceful nation that honors the equality of all those living within its borders. Immigrants seek Canada for this equality that is so elusive in their home countries. Leaving the old country behind to start a new with dignity, freedom, and honor is extremely difficult. However, the principals on which Canada prides itself are well worth the sacrifices immigrants make to live in Canada. Sometimes they are criticized for bringing too much of the old country with them in the way of culture, practices, and traditions. Not many would disagree with such a criticism as certain aspects of life in the old country are push factors for the immigrant to take such a grand leap of faith and come to what is a foreign land to them and their families.

But, what happens when the shoe is on the other foot? What happens when the immigrant and his family are subjected to the same unjust and abusive treatment that they left the old country to get away from right here in Canada? I present you with the following incident:

An immigrant family walks out of its home as mom and the five year old twin girls are going grocery shopping, dad and three year old son walk out with them to wave and see them off. The immigrant father is greeted by his Caucasian neighbor from across the street who proceeds to unleash a tongue lashing so severe that the only way for the father to spare his son seeing him degraded and humiliated is to take him back inside the house and send his wife and daughters off to their grocery shopping uncertain of what fate awaits their father. The tongue lashing is so loud that four neighboring homes are disturbed to the point of coming to this confrontation. The Caucasian male who stands over six feet tall and is a healthy muscular example towers over the five foot seven inches, tiny in comparison, immigrant father. The Caucasian male does not only pack physical prowess, he also brought his profession into it. He makes statements that resonate all too well with the immigrant father, having escaped one of the most brutal repressive regimes in modern times. The Caucasian male speaks of how he is a “prosecutor” and that he will “use” the RCMP to ensure the father goes “to jail.” These are threats that are rather familiar to the father’s ears as he grew up fearing those in positions of power, those in government, and those who are part of the regime. He grew up facing the constant threat of having the police arrest him for no good reason and what happens after is fodder for horror movies. The immigrant father cannot help himself but want to resolve the issue and pleads with the Caucasian male for two minutes of his time, as the large white man continues to ignore his pleas and turns his back on him.

This scene did not take place in a third world country ruled by an oppressive sadistic regime, this happened right here in Canada in the heart of freedom, dignity, and justice. Why did it happen? Because, the Caucasian male’s vehicle was parked for four days in front of the immigrant’s home, in violation of city bylaws, and some chalk, which the immigrant’s five and three year old children like to draw with on the sidewalk made its way onto one of the Caucasian male’s tires. Situations like these are becoming so prevalent that American society coined the phrase “check your privilege.” Canada, have you checked your privilege lately?