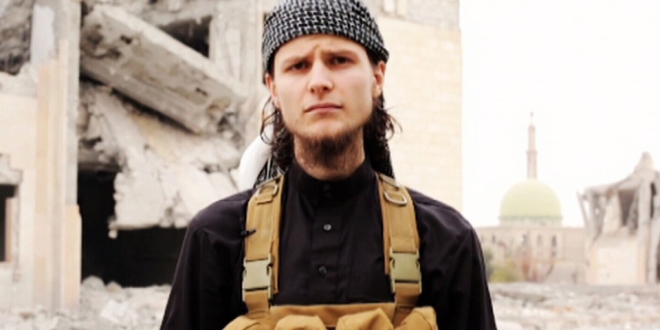 Canada: Canadian IS member universally lambasted over call to arms

Canadian Muslim leaders on Monday sharply criticized a Muslim convert’s call for attacks in Canada; only a few weeks earlier, Canadian soldiers were killed in an extremist attack on home soil.

The National Council of Canadian Muslims condemned the video broadcasted by the Canadian militant belonging to extremist group Islamic State (IS) as “abhorrent and un-Islamic”.

“The attempt to justify attacks against innocent people is deeply misguided and unsupported by Islamic principles”, Imam Sikander Hashmi, spokesman for the Canadian Council of Imams, said.

In the footage, John Maguire, who hails from Ottawa, warns that Canada will face retaliation for being part of the US-coalition waging war against the IS. Referring to himself as Abu Anwar al-Canadi, he urged Muslims to follow the lead of the hit-and-run driver killing a soldier near Montreal and the gunman who killed a soldier in Ottawa; he also urged Canadian Muslims to travel to Syria and fight for the IS.

According to US-based SITE Intelligence Group, the six-minute video was shared on Twitter and extremist websites. Maguire reportedly left his homeland to join the group in January 2013.

“This young man is definitely John Douglas… but not the John Douglas that we knew, loved and remember”, a relative told public broadcaster CBC, referring to Maguire by his first and middle name.

Canadian public safety minister Steven Blaney asked citizens to be vigilant “against this terrorist scourge”.
Canadian Muslim activist and writer Muhammad Robert Heft, an outspoken critic of all extremism, told the Toronto Star that the call to arms will likely not inspire fresh attacks on Canadian soil, and slammed Maguire’s call for violence.

“He’s so delusional and so arrogant that he actually thinks his message is resonating with Muslims in Canada and worldwide. He says he is supporting Syrians, but isn’t he killing the Syrians if they don’t submit to their group? It’s not difficult to deconstruct his theology”, Heft said.