أخبار عاجلة
الرئيسية » أخبار عاجلة » Can Our Communities Win the Next Election? 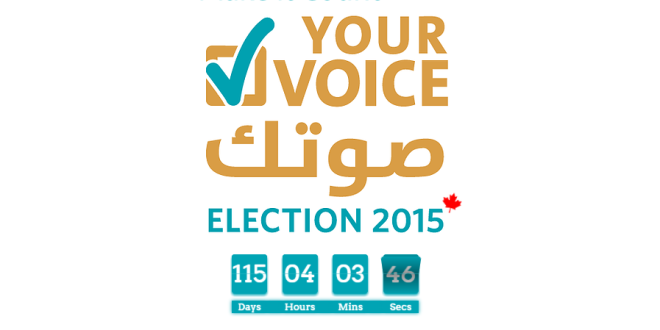 Can Our Communities Win the Next Election?

Your Voice is a non-partisan voter education and motivation campaign aiming to inform Canadian Arabs across the country about their right and responsibility to vote, and encourage them to engage in the country’s democratic process.

A SENSE OF BELONGING

Only 61% of eligible Canadians voted in the 2011 Federal Election, and only 31% of Canadians believe that decisions made by elected officials affect their day to day lives. These percentages are probably even lower within our community.

WHY SHOULD YOU CARE ?

Because, your voice CAN make all the difference!

ARE WE ANY DIFFERENT?

The Canadian-Arab community is similar to many other communities. As an important part of Canadian society, every community has a right and a responsibility to be properly heard and represented in the political landscape. The more engaged we are, the more integrated we become into the country’s overall voice. The Canadian-Arab community is growing, between 1996 and 2001, we grew by 27% vs. 4% for the population as a whole. This should give us even more incentive to be properly heard and represented.

CAN MY VOICE MAKE A DIFFERENCE?

CAN I LEARN MORE?

You can start by identifying what issues you care about, and learning what the views of the different candidates and parties are on these issues. This is a first step that can help you in deciding who you believe best represents you. If you are eligible to vote, make sure you go out and vote in this year’s election and get as involved as you can with campaigns and candidates. If you still can’t vote, you shouldn’t exclude yourself; you can still get involved by volunteering and encouraging others to vote and participate.