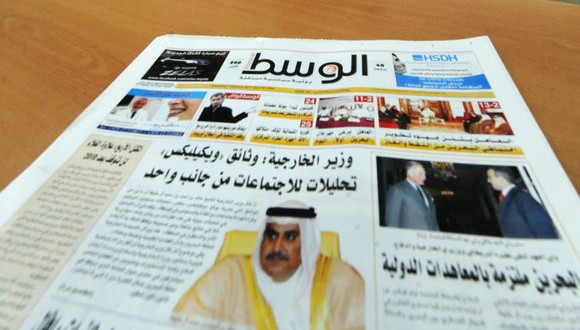 Authorities in Bahrain suspend the country’s only independent newspaper

Authorities in Bahrain shut down the island’s only independent newspaper, according to a government press release.

the Bahrain News Agency reported  that  “The Information Affairs Authority has temporarily suspended Al-Wasat newspaper until further notice… due to its violation of the law and repeated dissemination of information that affects national unity and the kingdom’s relationship with other countries,”.

No one at the newspaper has been informed of exactly which law they are accused of violating. The family of Mansoor al-Jamri, editor-in-chief of al-Wasat, claimed that the announcement was designed to coincide with him being out of the country, but added that he had in fact returned from an overseas trip on 5 August.

The family added that the suspension will cause “large scale financial damage” to the newspaper due to loss of sales and advertising revenue. Al-Wasat employs around 300 people.

This not the first time to shut down the newspaper , as During   2011 uprising, Al-Wasat was suspended by authorities, and its chief editor was tried and fined for allegedly publishing false information. It was later allowed to reopen.

Human rights activists condemned the decision to close the newspaper and described it as an  ttack on the media And a “seriously alarming” way to  silence opposition voices and crush dissent.