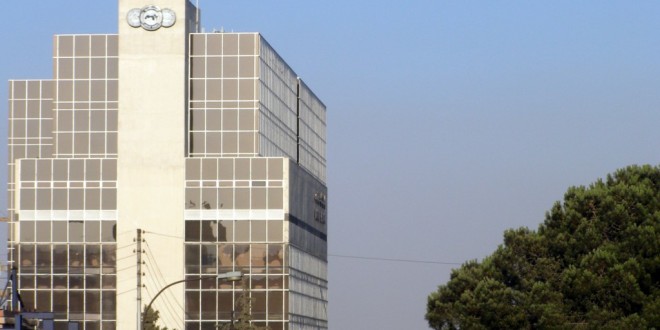 Arab Bank, one of the most prestigious banking giants in the world, is currently on trial for allegedly supporting terrorism.

The Arab Bank had been charged last week with “aiding terror” by transferring funds to families of Palestinians killed while conducting anti-Israeli attacks during 2005’s Second Intifada.

The bank, established in 1930 byAbdel Hamid Shoman, a Palestinian who had worked as a peddler in New York before returning home to start his empire, was the first private sector financial institution in the Arab region.

The bank was located in Jerusalem, Shoman’s hometown, was moved to Amman after the state of Israel was established in 1948. Today, the group is a well-respected multinational, with over 600 branches in 30 countries, and has assets worth $46.4 billion with a shareholders’ equity base of $7.8 billion.

It has, for decades, weathered political upheaval and economic bust in the Middle East, forging a reputation for fiscal conservatism, first-class professionalism and honesty worldwide.

“This is a well-established, well-rooted and very successful, very profitable organization.Everything the Arab Bank has ever done under any and all circumstances has been ultra-professional. It is inconceivable that the Arab Bank would have done anything like it is being charged with”, Jordanian economist Riad al Khouri said.

The lawsuit was filed by families of Americans killed in attacks by Hamas – they claim that by transferring the funds, the bank is violating the 2001 Anti-Terrorism Act.

The Arab bank has denied the charges vehemently, saying that it provided “routine banking services” in compliance with all counter-terrorism laws, and “had no intention of providing support to Hamas or any other known terrorist organization”.

Most experts believe that the bank will emerge unscathed, dismissing the lawsuit as a political attempt by several American Zionist organizations to discredit the Palestinian cause.