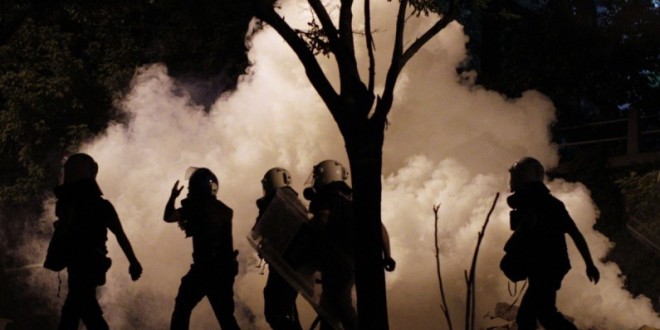 Rights group Amnesty International on Tuesday said that Turkish authorities were “as abusive as ever” in their handling of protesters in the country. Only a year ago, allanti-government demonstrations in the country were brutally crushed by the government.

Salil Shetty, Secretary General of Amnesty International, said, “The Turkish authorities have been relentless in their crackdown on protesters — be it police violence on the streets or by prosecuting them through the courts”.

In a report it published after the first anniversary of several anti-government clashes and protests that led to at least eight deaths and more than 8,000 people being injured, Amnesty International criticized the continued “impunity” of the police force in Turkey. ” Investigations into police abuses have stalled, been obstructed or closed; only five separate prosecutions have been brought against police officers to date”, it said. In stark contrast, over 5,000 people have been prosecuted for their actions in the June 2013 protests, the group added.

Turkish Prime Minister Recep Tayyip Erdogan evoked strong international disapproval for the Turkish government’s crackdown during the June 2013 protests against plans made to uproot trees in central Gezi Park in Istanbul. The police force’s violent response to the protest sparked massive outrage against the Turkish Prime Minister, while demonstrators accused him of authoritarian rule and trying to “Islamicize” Turkey. Erdogan has labeled the protestors as extremists, and last week commended the police force for its “firm stance” while dispersing demonstrators heading towards Taksim Square in Istanbul, the focal point of last year’s uprising.

“One year on from the Gezi Park protests, the government’s approach to demonstrations is as abusive as ever”, Amnesty International said. It also criticized government moves that allowed only restricted access to social media, as popular sites like Twitter and YouTube were blocked. “The Turkish authorities seem to be firmly set on a path of intolerance, conflict and polarization.Unless checked, this will lead to further violations of human rights in the country”, Shetty said.